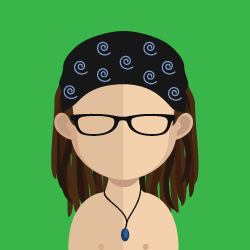 When I was growing up, I was acutely aware of environmental issues, largely because of my parents. They worked hard to keep our local environment clean, even organizing several service projects to clean up the area near us. It was a real eye-opener to see how much their contributions helped, and I decided to dedicate my life to making the environment healthier too. This blog is all about understanding environmental concerns and knowing how to address the issues that are nearest and dearest to your heart. By taking action early, you can prevent problems that might affect your children and grandchildren.

Nuclear facilities generate a large amount of electricity. However, the radioactive waste that they produce can pose a threat to humans and the environment.

Waste that is contaminated with radioactive material is particularly harmful to the cells of the body. Prolonged exposure to high levels of radiation can even lead to death, and unlike many health conditions, radiation sickness may be untreatable.

Every radionuclide has a half-life, which is the amount of time required for half of its radioactivity to decay or be reduced by one half.  Radioactive substances with the longest half-lives tend to have the weakest radiation. Likewise, those with the most penetrating radioactive rays usually have shorter half-lives.

As long as humans and the environment are protected during the degradation process, the waste is properly managed. Here are several levels of radioactive waste and how they are managed:

Low-level radioactive waste, such as that produced by medical facilities and industries, only contains tiny amounts of short-lived radioactivity. As a result, this type of waste does not require excessive separation during storage or transport. It can simply be buried in a suitable landfill. In some instances, the waist may be burned or compacted before its burial.

Intermediate waste contains higher levels of radiation than low-level waste. As a result, it does require proper blocking or shielding from contact with people and the environment. It usually includes industrially produced substances, such as chemical sludges and resins.

To protect people and the environment from intermediate-level waste, waste management usually includes containing the waste in solids, such as glass or concrete. The durability of the solid substances can outlive the half-lives of the radioactive isotopes it contains.

Waste that contains high-level radioactivity is usually produced by the use of uranium fuel in a nuclear reaction. The waste material that results is highly radioactive and requires a great amount of shielding as well as the lowering of the waste's temperature.

Since the waste contains materials that degrade quickly as well as radioactive substances that are long-lived, it may be separated into multiple components for disposal.

To learn more about radioactive waste and how it should be managed, schedule an appointment with a hazardous waste disposal specialist in your area.